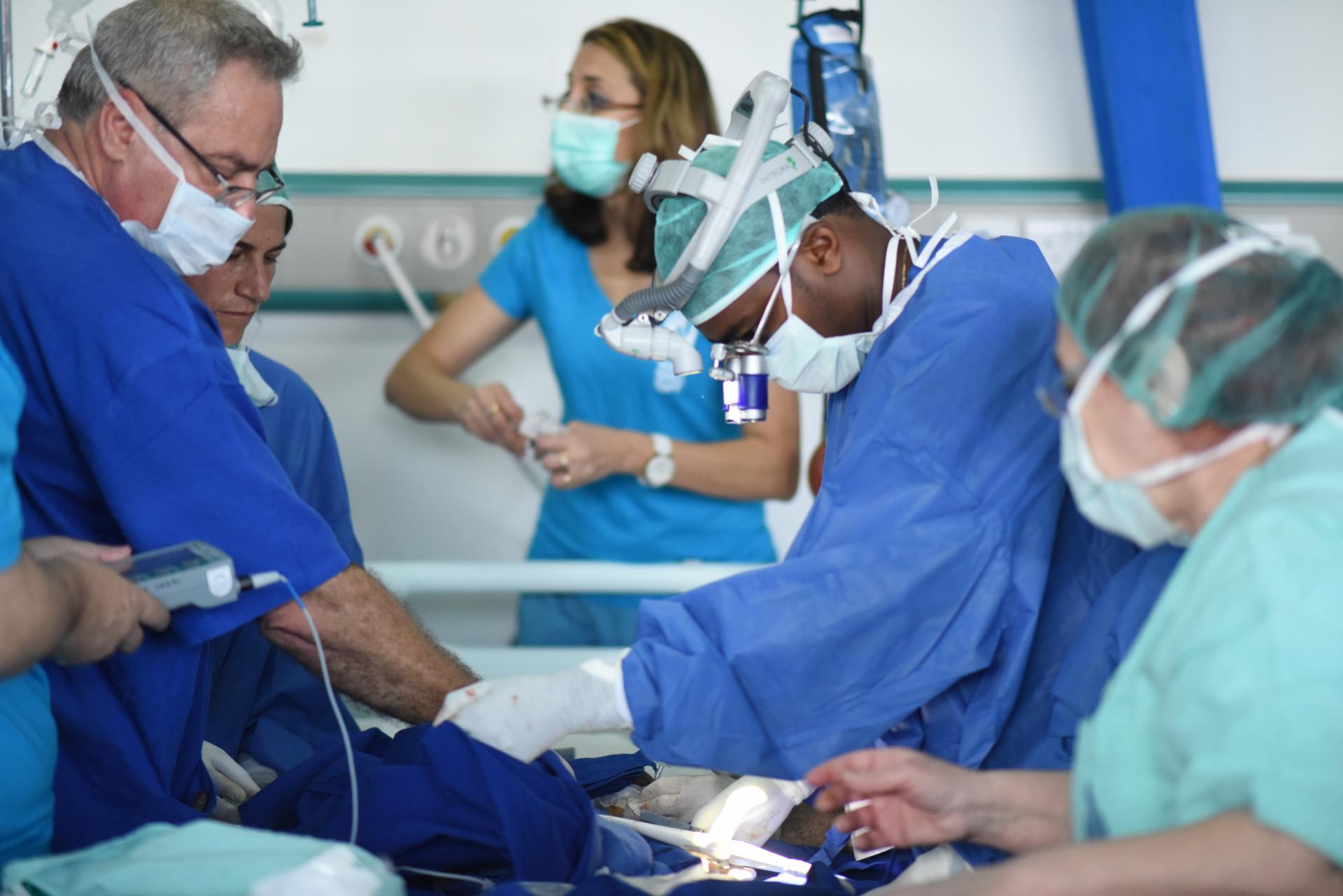 On March 5, 2016, a Save a Child’s Heart (SACH) medical team from Wolfson Medical Center travelled to the Jakaya Kikwete Cardiac Institute (JKCI) in Dar es Salaam, Tanzania, for a week of lifesaving heart surgery and Catheterizations alongside the Tanzanian team. The teams saved over 30 children suffering from heart disease and screened 125 children.

During the mission an unveiling ceremony took place at the hospital for a plaque in recognition of the Australian Pratt Foundation’s generous support towards Save a Child’s Heart Israel Capacity Building Project at the JKCI. The plaque was placed on the third floor in the waiting area between the Pediatric Department and the PICU and Operating Rooms. Israeli Deputy Ambassador to Tanzania and Kenya Nadav Peldman, and German Deputy Ambassador to Tanzania John Reyels, were both in attendance. Also present at the unveiling were Mr. Zainul Dossa, President of the Dar es Salaam Rotary Club, a local foundation supporting the work at the hospital, and the Chief Medical Officer representing the Tanzanian Ministry of Health.

Israeli and American volunteers joined the team and helped in different departments. Jack Mayer, SACH executive director in the US West Coast traveled to Tanzania with Los Angeles based volunteers Mare Smooke and Suzanna Adler. They were joined by SACH supporters Gary and Carol Winkler, the parents of the late SACH Young Leadership Coordinator, Lauren Winkler, who tragically passed away two years ago. From Israel the team was joined by Dafna Jackson, the Personal Assistant of SACH longtime supporter and donor Morris Kahn and her sister Orly Jackson.